Are misting fans really efficient and how do they cool you off?

Misting fans provide a welcome refuge from blistering heat in regions with dry climates. They are extremely effective at providing a refreshing breeze both indoors and outdoors. Misting fans are available in a wide range of sizes, designs, and durability.

Mist fans will save you in the warmth in a wide range of places and numerous scenarios – in a fancy restaurant or patio, in the garden, around the pool, if you are camping or traveling and sightseeing, practicing yoga, exercising in the gym, etc.

Mister fans may be placed on the floor or on a table, or they may be attached with a clip to a desk, fitness equipment, a car, or a baby stroller. But you may also hold a misting fan in your hand if you are out for a walk with your friends or pets. Using a handheld mist fan, you may direct the cooling breeze wherever you want – towards your face or neck, or towards a friend, pet, or child.

What is a misting fan?

Misting fans operate like regular ones but with water blown into the air intermittently. The water is sprayed in the form of a mist, that consists of small drops of water. The drops evaporate immediately after being sprayed in the air and the temperature decreases. As a result, you really feel the cooling breeze blown by the mist fan.

What is the difference between misting and regular fans?

As mentioned above, mister fans look and run like conventional fans. They have blades that spin, driven by a motor to produce airflow. They may be battery-operated or plugged into the electricity grid, just like regular fans.

The major difference between misting and regular fans is that misting fans use a water source and a water pump to spray mist in the airflow.

How do misting fans work to cool down?

Misting fans cool the air and kill the heat through evaporation. They operate like ordinary fans, creating airflow, but unlike them, they spray water vapor (mist) into the powerful airflow. The water mist made by the mister is made up of many small drops of water that evaporate as soon as they hit the air.

Misting fans cool the air and lower the temperature. The process of evaporation requires energy. The heat energy from the air is used for the evaporation process and as a result the temperature of the air decreases. Evaporating 1 gallon of water takes 8133 BTUs of heat energy out of the air. That is the same as recommended for an A/C unit to cool a 400 sq foot room!

What is flash evaporation?

There is a flash-evaporation if the water drops evaporate immediately after being sprayed. That means that if you are near a mister fan, you will not get wet and water drops will not fall on the ground.

The best misting fans make a mist of very small drops of water (10 microns or less) that evaporate very quickly. The evaporation of water droplets in the air before they fall to the ground is referred to as flash evaporation. The best mist fan cools the air and there is no water left to get you wet/

A misting fan is similar to a humidifier. A fan blows a fine mist of water into the air. If the air is not too humid, the water evaporates, absorbing heat from the air, and allowing the misting fan to work as an air cooler.

Hose-fed outdoor misting fans are great if you need them all day long as you will not worry about refills. You just have to turn the fan on and that’s all. You will enjoy a cooling breeze all day long.

These fans aren’t so portable, as they must be connected to a running water supply. Problems may appear if tiny dirt particles in the water clog the nozzles and block the water spray. To avoid this using a filter in the hose line is recommended.

Portable misting fans are usually smaller, lighter, compact, and with a tank. They are suitable for camping, traveling, and walking with friends, pets, or babies. There is a space for them in the trunk of the car or in your bag. If you use a mist fan with a water tank, you may add a pleasant aroma to it or ice for a cooler effect.

There are two types of misting systems used for mister fans:

Nozzle misting systems usually have between 3 and 6 nozzles spaced evenly on the fan grill. These systems don’t use a pump, and they are considered low-pressure misters. They make a spray that is a little wetter than centrifugal misters, and the nozzles are more likely to get clogged up.

Centrifugal systems use a pump for efficient, high-pressure water output through a centrally placed plate on the fan head. The result is a finer, dryer mist. While you’ll get less damp with a centrifugal mister, a major downside is that they’re much more expensive than their nozzle-clad counterparts.

Patio misting fans with nozzles are more suitable for casual home use. While high-pressure centrifugal misting fans are often found in commercial environments where wide-scale evaporative cooling is needed.

There are two options for the power supply of misting fans – battery and plugged-in. Portable misting fans are usually battery-operated and with a water tank. While hose-fed misting fans usually run plugged in.

Some misting fans are powered with a rechargeable and detachable battery. If you take a few charged batteries, you may easily replace them and have power for a long time.

Pedestal outdoor misting fans usually are designed with an oscillating head to cover a wider area. They are placed in a garden, patio, around a pool, or BBQ. The smaller indoor mist fans usually have a tilting head that may be adjusted up and down.

There are misting fans of many sizes. The smallest handheld ones easily find a place in a bag or pack. They will cool you off if you are on vacation, traveling, or out for a walk. They are battery-operated.

The outdoor mist fans are usually bigger, designed to cover a wider area—in a garden, on a patio, around a pool, or at a barbecue. They are hose-fed and usually pedestal- or wall-mounted. There are medium-sized mist fans to be used indoors. Some may be placed on a table and have a night lights in different colors. Others may be attached with a clip.

If the mist sprayed by a mister consists of drops of different sizes, the bigger drops fall on the ground with some floating particles in the air and purify it. From this point of view – misting fans operate like air purifiers.

Most misting fans operate at 3 speeds but the simpler handheld ones operate at only one speed.

As mentioned at the very beginning, misting fans are designed to be used in dry climates, because in hot, dry conditions, more water can be held in the air, and evaporative cooling is more effective.

In comparison, humid environments make it harder to evaporate water because the air is already extremely damp instantly. Misting fans work in humid conditions but not at such a high rate, compared to dryer environments.

In the picture below you may see in which regions misting fans are more efficient and where pedestal fans are recommended to be used:

Which is better – the air cooler or the mist fan?

Most air coolers are big compared to mist fans and require more space than mist fans. Misting fans is a better option to add humidity inside the home if ventilation is not available. The misting fans also operate as humidifiers, evaporating water. They also control excess temperatures and provide a better ambiance to the surroundings. 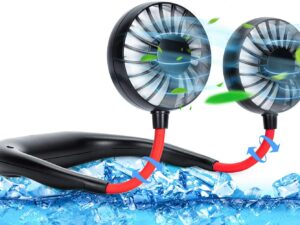 How to choose a neck fan for vacation, travel, walk? 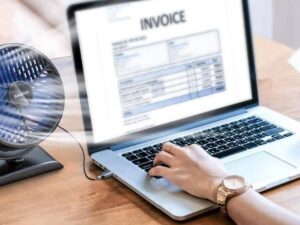 What to consider when choosing a desk fan? 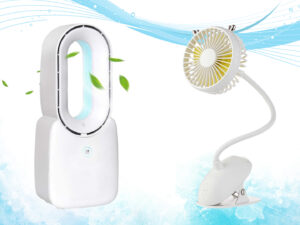 Portable fans – the best choice to cool you on a hot vacation, camping or a walk out 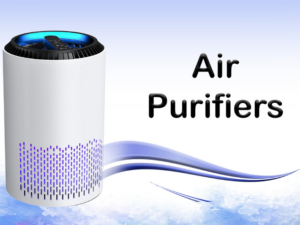 What is an air purifier and how does it work?